I discovered a new blog recently called Studies in Character. It’s written from the POVs of an aspiring author’s various characters, and is about — duh — writing. Every month, character studies are published. Readers can participate by posting their characters’ answers to the questions on their blog. 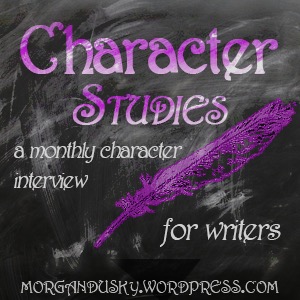 I wanted to do the questions for March (hence the title), which were about introductions. Sidney Royal, the main character from my WIP, Shadow Bird, will be answering the questions. :)

What’s your name?  Do you have a nickname?  Is there any meaning behind your name or your nickname?

How old do you look?  Is that your real age?  How old are you, actually?

I’m thirteen. I guess I look older than I really am, thanks to the dirt and scratches that always cover my face. They hide my youthfulness.

I’m a girl. Duh. But if I cut my hair really short, I could probably be mistaken for a guy.

Brown. Just brown. Alexis has told me that they’re chocolate colored. As for the second question: no, I don’t think so. They don’t really pop.

What’s your ethnicity?  Does anybody ever get it wrong?

What’s your build?  How tall are you?  Are you strong?

I’m more muscular than most girls my age, since I do cross country in school. I’m 5’6″. And I guess you could say that I’m pretty strong.

What’s your foremost physical trait—the first thing someone will notice about your appearance?

My wings, obviously. They’re black. Alexis tells me that I’m the first angel to ever have black wings.

I wear worn jeans, black T-shirts, and Converse a lot. I try not to pick clothes that will make me stand out.

How do you usually introduce yourself to new people?

I haven’t had to introduce myself to anyone recently. All the Guardians know who I am. That’s because I’m Alexis’s charge, and she’s a star Guardian — everyone loves Alexis. But if I met someone that didn’t know I was Sidney Royal, I’d probably just say something like, “Hey, I’m Sidney.” Nothing special.

BONUS: What would you do if you were a pirate?

How do you usually enter a room?  (Dramatic entrance, walk in behind somebody so you aren’t noticed, etc.)

I draw a lot of stares when I enter a room  (thanks a lot, wings), so I usually stare back.

How would you describe yourself in one word?

I usually establish myself as the sarcastic one. Or the one who doesn’t talk a lot. Depends on my mood and who I’m with. As for it being a good impression? I don’t know. Some people value sarcasm — it’s the brain’s natural defense against stupidity — but others think it’s rude.

What kind of first-impression do you want to make?

How would your best friend describe you?

My best friend is Alexis Kato. She’s always finding the best in people. “Tough and strong and awesome, but sweet and imaginative.” That’s what I think she’d say.

How would your enemy (or least favorite person) describe you?

Well, I don’t really have any enemy (Loren here. Sidney does have an enemy — she just hasn’t met him at this point in my story), so I’ll go with my least favorite person: Delilah Hallowell. She’d probably say something like, “She’s uber guy-ish. Like, have you seen her clothes? No sense of fashion!”

Do you agree with either (or both) of those descriptions?  Why?

Delilah’s description, definitely. I’ll take it as a compliment. And I agree with the first part of Alexis’s — tough, strong, and awesome. But sweet and imaginative? Nah.

How do you usually exit a room?

If I’m at my house, I’d either slink out of the room or storm away in a huff, since I’m usually arguing with my neglectful parents. I’m not the one who picks the fights — my parents do that.

BONUS: If you were a flower, what kind of flower would you be?

Seriously? A flower? A flower of death, probably. Like a Venus Flytrap. Something cool.

I hope you enjoyed reading about Sidney Royal! It was quite fun to do.

Who’s the main character of your WIP? How do you think he/she would get along with Sidney? 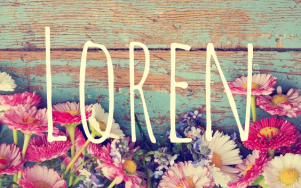 30 thoughts on “March Character Studies (Via Studies in Character)”