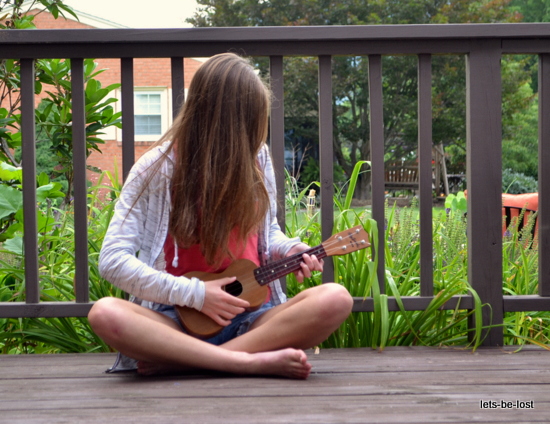 (i figured out how to use the timer option on my camera, and even though it’s something small, i’m actually kind of proud of myself.)

i got to hang out with my lovely friend pup on thursday, after trying to plan something for a week. we picked her up at nine and then hung around my house, doing typical teenage girl stuff. like making sweet, sweet music with my ukulele, ocarina, and flute (it actually sounded pretty awful, but we were having fun, so whatever); emptying my wallet of money and throwing 30+ bills around my room; experimenting with milkshake recipes; testing our flexibility; updating her blog’s design, etc. (mostly) normal things. 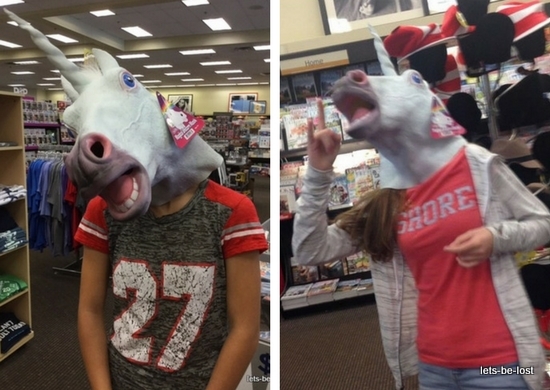 we decided to go to the mall, to try and find a birthday present for our friend. we stopped at a couple stores, and it was actually really fun.

at books-a-million, i found two books about pup: they were called short and loser. and i spotted a unicorn mask and kind of freaked out. i think these are the sickest things ever, so of course we tried it on. we decided that at my wedding, my love and i will wear these for the pictures. i hope whoever i marry is cool with that.

(my nickname used to be unicorn [because i had a lovely zit on my forehead one day and pup is mean], and she will not let me live it down. but that’s fair, because i call her munchkin/fun-size/other nicknames related to being short, even though she’s actually a tiny bit taller than me.)

me, holding a mug that looks like the colossal titan’s face: hey, kelsie, look at this. it’s as pretty as you are.

we found some superman socks with little capes attached to them. my friend q had some like that, and he wore them to co-op nearly every day. i think something must have happened to them, because he hasn’t worn them for a long time. i kind of wanted to get some new ones for him.

i found some cool socks, though, which i ended up getting. 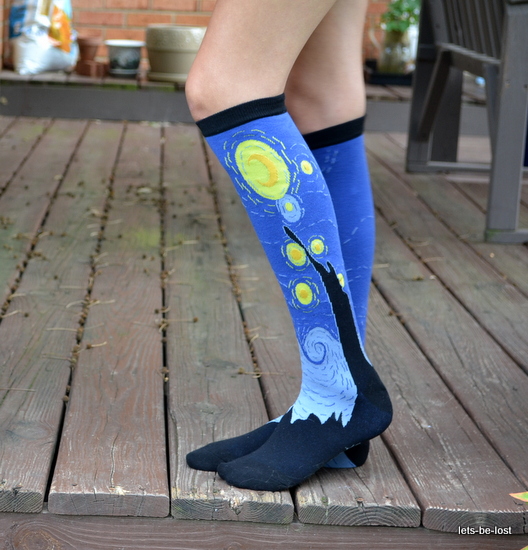 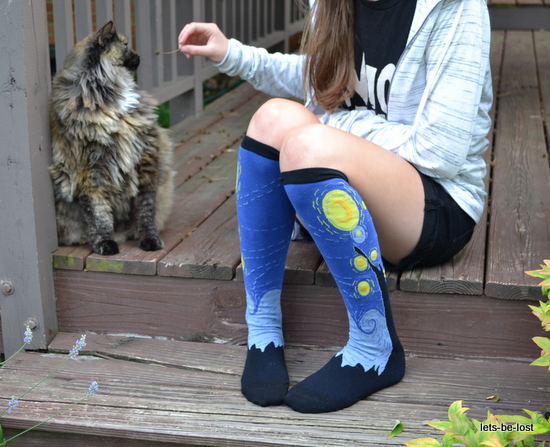 we stopped at a kiosk that sells phone cases, and the worker pointed out one of the camo ones and told us that they were popular among the ladies. he was pretty funny and helpful, but we didn’t find anything nice. there were some yankees ones and a creepy duck.

pup said she was scared to go into hot topic. apparently she walked by it around halloween, and saw a goth kid whom she mistook as a vampire. but i finally coaxed her into going in, and she decided that it was ok once she saw all the disney and harry potter things.

while we were in there, SING by my chemical romance started playing. i flipped out and followed pup around the store, performing the whole thing for her dramatically. i hope i embarrassed her. 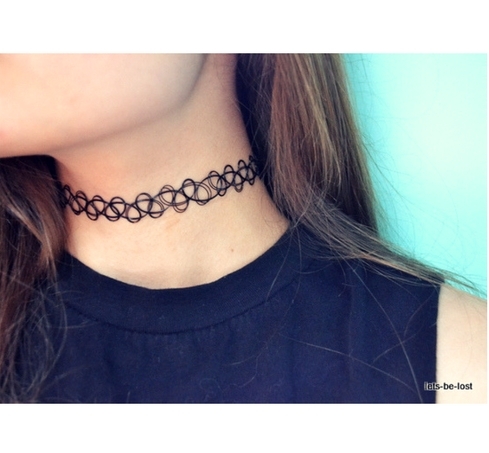 then we made our way over to claire’s, because i hadn’t found a nice choker at hot topic and was hoping they would have one. i picked a very simple one, and pup and i wandered around the store, looking at the flower crowns. 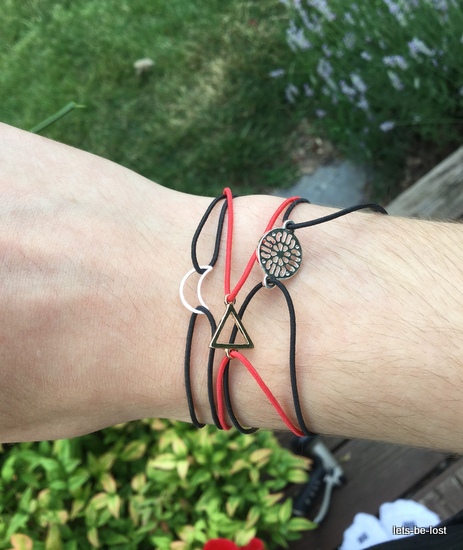 when we were getting close to leaving, pup found some pretty bracelets near the register. we ended up getting six of them, and they’re tight enough to not be annoying.

we thought we were supposed to meet my mom back at books-a-million. we waited there for awhile, and jish’s family walked by (he wasn’t with them, sadly). every time i see him, i stare at him creepily and sing, “jooooosh.” i usually ask him about joward, too. because i’m evil. >:)

my mom eventually texted us to see where we were, and then we got lost in the parking lot because we couldn’t find our car. there were a couple of guys using a jackhammer on the pavement, and i don’t think they were supposed to be doing that. oh well. 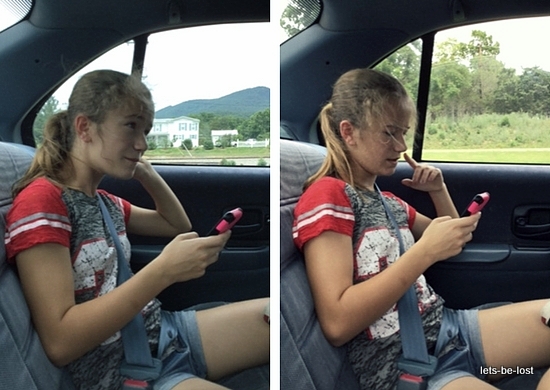 when we were driving pup to her grandma’s party store, she posted a  bunch of really awful pictures she had taken of me on instagram. she’s literally the worst person in the world. but i posted that picture of her in the unicorn mask as revenge.

she’s one of the weirdest, most amazing people i have ever met. and even if she doesn’t stay in my life forever, i’m so thankful for every moment i’ve had with her.

so this was kind of a weird post, but i don’t think i’ll regret it. i want to save as many photos and stories and inside jokes and adventures as i can, because one day, the people i love might leave, and i need more than just memories of them in my head.

p.s. i just updated my about page. so go check that out.